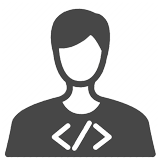 No Rank
Points: 0
Stream About me

It's unfortunate that a kit that didn't require shipping from China wasn't chosen. The shipping cost almost doubles the kit price.

Alec Bergamini created a new topic ' How to turn off FireUI Live Preview Server in 10.1' in the forum. 5 years ago

I am working on a tethering app and I would like to turn off the FireUI server in Delphi so it stops advertising itself when I call TTetheringManager.DiscoverManagers. The docs suggest that I can go to Toosl>Options>Environmental Options>Form Designer>FireUI Live Preview and uncheck the "Broadcast FireUI Live Preview" (which is on by default). I've tried this with no success.
An easy way to confirm what I'm saying is to run David I's handy tethering app example from his blog post on the subject. http://community.embarcadero.com/blogs/entry/finding-your-tethered-apps-43708
Ok, so maybe I misunderstand the documentation and that checkbox is not supposed to actually turn off the FireUI server. If that's the case, is there some other way to turn off the built in IDE server? It's important to me because I like to have my debug sessions as real world as possible, and in the real world, my customers are not having to deal with the Delphi IDE "FTetManager" slowing down manager discovery.

DavidI is friends with Alec Bergamini

DavidI is friends with Alec Bergamini