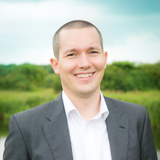 rph replied to the topic 'InterBase admin.ib and Windows 10 Update' in the forum. 6 years ago

Since posting this, there has been a support article published here thanks to Steve A416.
Unfortunately this article did not help me. In my case there are no backup copies of admin.ib to be found anywhere on the C drive. Thanks for trying though.
Cheers,
Rich.

rph created a new topic ' InterBase admin.ib and Windows 10 Update' in the forum. 6 years ago

This morning my Windows 10 development machine (in VMWare) decided to install a bunch of updates from Microsoft. After rebooting and telling me it had exciting new features that it wanted to tell me about (and then didn't bother telling me) I found that the new features I think it was boasting about was a broken installation of InterBase and a less than fully functional installation of VMWare Tools.
When I try connecting to any database I get the following message:


And sure enough, when I check for admin.ib it doesn't exist. Everything was fine yesterday and I know that brokenness is hardly an "exciting new feature" of Windows but I thought other people here might run into this too.
For me this is only a development workstation, it's not too much of an issue for me to fix but people might want to be careful if you're doing updates to production environments.
BTW. Checking through my update history shows these things updated today:
One thing worth noting is at the top of the update history it gives me the option to "Uninstall latest preview build", I wasn't aware I was on a preview build (I certainly didn't download a preview build and didn't ask or agree to update to a preview build). Is that something people get a choice in? Did MS just choose to put me on a preview build? I presume that's equivalent to a "release candidate" so could be buggy?
It would be interesting to know if other people run into similar issues?
Cheers,
Rich.

rph replied to the topic 'XE7 Git integration' in the forum. 8 years ago

Thank you for confirming I'm not completely mad. I'll hold off re-installing now and see if a fix comes along.

BTW. I've voted for the issue you've created and hope others will too or more importantly Embarcadero take a look and fix it :)
Read More...

rph thanks user 'artplus' in the forum message ' XE7 Git integration'. 8 years ago

rph replied to the topic 'XE7 Git integration' in the forum. 8 years ago

Thanks for the reply Dalija, I have already done that.

It would be nice if the IDE gave some kind of feedback wouldn't it. Or even if there was an IDE activity log that could be used to trace issues like this. My guess is the IDE doesn't like something about the installation of Git on my machine and silently fails (as if Git wasn't installed).

If there are no other suggestions I think I'll re-install from scratch (clean VM) and see if I still have a problem.
Read More...

rph created a new topic ' XE7 Git integration' in the forum. 8 years ago

I've been using both Git and Subversion for a long time but generally prefer Git although I don't use it with Delphi seeing as official support for it has been lacking until now...

The problem I'm having is it doesn't work. I've followed the instructions and tested as follows:

1. Create new project and save it.
2. Right-click "Project1.exe" in the Project Manager and select "Add to Version Control".
3. Select "Git" as the version control system.

Nothing changes and there are no messages indicating problems or otherwise. I don't get an option to add or commit. The option to "Add to Version Control" is still available in the Project Manager.

Is anyone else having issues with Git integration? I'm borderline about to re-install everything but wanted to ask in advance (to save me some time). Is there something I'm missing like does it depend on very specific versions of Git or something weird?