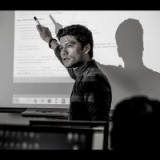 No Rank
Points: 0
Stream About me

hiroshi takey has a new avatar. 6 years ago

For developers interested, i pushed a Mavlink sourcecode port to Pascal language:

Especial thanks to Andrew Tridgell, Randy, Lucas de Marchi, Gustavo José de Sousa and Ardupilot Team for let me learn and show me the power of the API APM.


Thanks to Lorenz Meier to create and share Mavlink to the world.


MAVLink or Micro Air Vehicle Link is a protocol for communicating with small unmanned vehicle. It is designed as a header-only message marshaling library. MAVLink was first released early 2009 by Lorenz Meier under LGPL license.

AS you see the code has no implemeted all helpers, but with this code you have all basic protocols to comunicate with APM.


I stopped development to here, because i discovered a new way to transport telemetry data side by side, and it's will be release when URUS System development finish. You will be updated about this if you want following the development athttps://github.com/hiro2233


All URUS System and new URUS Protocol will be a member project and a part of Ardupilot Development.

There is an example in example path to test te unit, it's tested with Embarcadero RAD Studio Berlin in multidevice mode with windows and android. I think the unit will work with LAZARUS with little modifications.