Posted by Stephen Ball on Thursday, 29 March 2012 in Blogs
Since I last posted about developer events in South Africa (Johannesburg and Cape Town), and our events in London and Dublin, I've been busy on the road for three more hectic weeks across 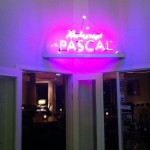 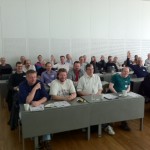 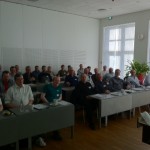 Where I found a very cool named restaurant at the hotel in Ballerup - Restaurant Pascal! It was also great to hear at one event from Jens Fudge, who is a board member of the Danish Delphi User Group, of some great workshops they have coming up soon, including sessions on Test Driven Development with RadStudio and Delphi (April). 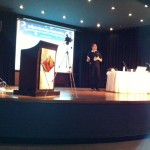 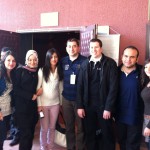 Monday this week, I was at the launch of Delphi Developer Days 2012 in London (Heathrow). After giving a quick product it was great to see Marco and Cary give some cracking session. I was also really impressed by the wealth of material they have for the attendees. The hand book and code samples are exceptionally good!

Finally, i've been attending DevWeek in London with hundreds of other developers. Our stand, hosted by Grey Matter, was really busy again with loads of Visual Studio developers really interested in how using C++ Builder they can write applications for Windows and Mac (WinMac) from the same code base- TODAY! After massive interest the winners of the Kindle and Wowee from the prize draw are shown below. 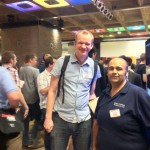 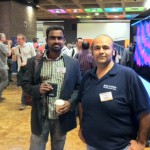 For more competitions and to find out more about how FireMonkey can help you get to multiple platforms today with stunningly visual, fast native applications on Windows, Mac and iOS check out this link http://embt.co/firemonkey-info
Tags: Events