Posted by Vsevolod L1433 on Monday, 17 February 2014 in Blogs
TapTap - a winner of Delphi for Android 2013 contest. The project was a favorite at the beginning, as it represented a complete application, made with humor and the source codes were interesting to look at from the viewpoint of "design". The author - Nikolay Zverev - is a typical desktop-to-mobile developer, primerily mastering his enterprise-scale RDBMS-based application developer skills for years. Personally I liked the project the best as Delphi evangelist, while the other guys were in the contest jury. 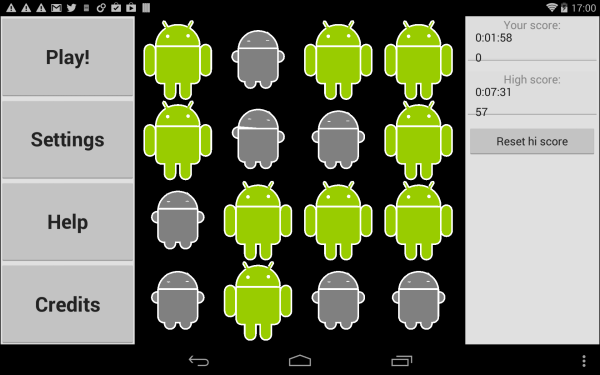 How to submit the Delphi app to GooglePlay (rus).

Little interview with the winner to give more light to the project design, coding and components in use.

1. Nikolay, let me congratulate you with your win. Separate thanks for detailed description in your blog and shared source codes. Did you experience some difficulties when starting a new FM project?

Yes, I did experience some difficulties, but more precisely say "non-VCL-logical behavior" from my viewpoint of desktop developer.

I really miss "Caption" property for TButton and TLabel ("Text" is also ok, but not so habitual). For me the properties Left and Top are joint in one property "position", while Width and Height are not combined (in something like "Size"). But FM is not VCL and tastes differ, of course.

I cant say my project is so complicated. Form-factor independency was my initial goal, so I designed my GUI. I had no mobile development experience, so did it my way :).

2. Could you please make a short review of your project for those, who have the same zero-experience (you don't already). Have you split GUI and logic into some different units?

The design is very simple: we have a main form, main and single, all the stuff is arranged in frames. Of course, many variants were possible, but I did my experiment. Frames are not linked somehow directly, they communicate via main form instance. The frames are:


3. Is this design the same for your desktop projects or did you invented this particular for mobile app?

My desktop Delphi projects are DBMS oriented, so have nothing similar with this mobile project. But if I start similar small game project with VCL, I'd use the same approach.

4. You used frames. We have new Delphi users, who start their projects with Delphi for the first time. Please, explain, why the use of frames is a good practice?

Of course, one can do applications in Delphi without frames. But with frames the development is simpler and more convenient.

In my project the frame for the guy (character) was absolutely effective. The other frames were not so necessary. 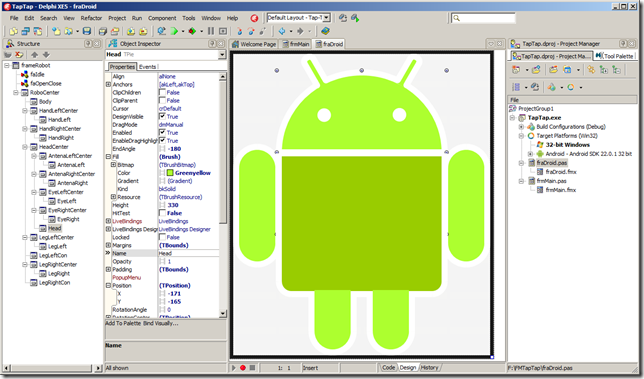 Let me explain, why frames are good. Everybody knows, that code duplication is a bad practice. You should isolate code in a special unit to prevent doubling. The same is true for design! You sit components on the form and form-design-text is automatically generated, and you should care about not-duplicating it. It's as bad, as code duplication. Use frames if you feel your design-"code" can be potentially duplicated. It happens when some parts of the design can be used in different part of the project.

Frames are pieces of GUI. You can first build up pieces of GUI as frames, and then use them as design-units to construct the complete picture. And it's easy to manipulate with frames (pieces), rather than all-on-the-form.

5. Possibly, many developers will want to start from reviewing you project as a good beginning. How should one start analyzing your project?

There are always two approaches. Frist, from general to details, and, second, from details to the general idea. In my blog I'm describing step-by-step from the details. So now I'm describing "in direct order".

6. A beginner takes your project and wants to use it as a prototype for his/her own game, if you don't mind. What can be used and what should be re-make from scratch?

Of course, I don't mind. Otherwise I won't share the sources.

uAni, uNPC (I'd better name it uBaseFrame), fraDroid (derived from uNPC) are quite universal. I don't feel like advising, it depends. And my experience is not enough to give advices.

7. What do you plan as the development of the project?

I was thinking of adding more animations, sound, a pair of new characters (with Windows or Apple logos). More levels. But now the mission is accomplished, the app is quite playable. The game is small, the plot is simple. I don't think I can draw much attention by developing it further.

At the same time it's not some "odd job". This is my first game, my first serious experience in mobile development. It's really in my memory forever. 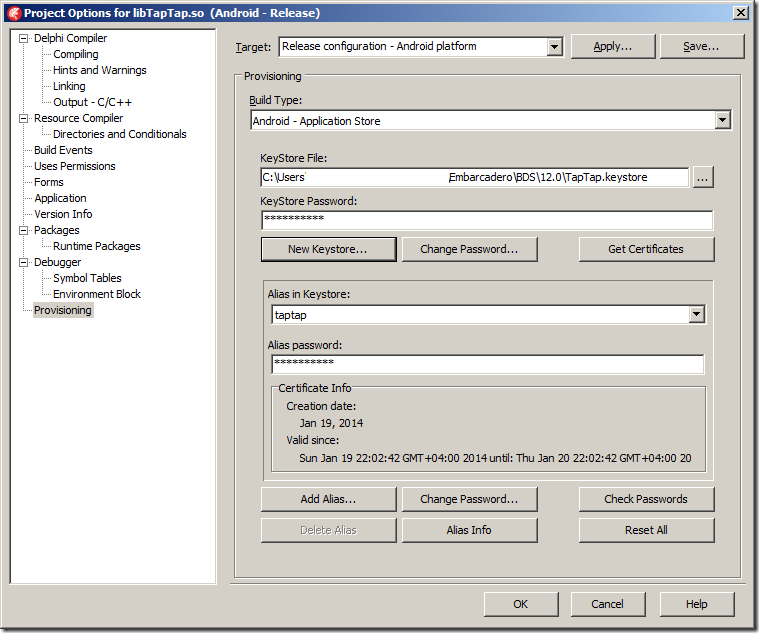 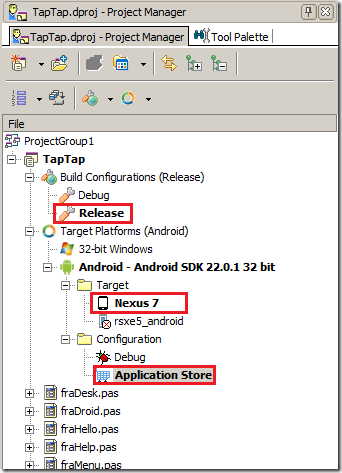 I'm waiting for blog post on how the game runs on a new prize device (Nexus 4).

I'll migrate the project on iOS, many contest guys did this successfully, as Delphi is a relly mobile cross-platfrom dev tool.
Tags: Delphi for Android 2013 contest public