Posted by Tim DelChiaro on Thursday, 18 September 2014 in SQL Development

Other than coding, most of the time developers have to troubleshoot problems from their environments. Developers in SQL world would mostly face problems around error message, getting required output via T-SQL query and unpredictable performance of query.

One fine day somewhere in the world a one developer was troubleshooting a performance problem – just like any one of us. He noticed, even after a table has index on a column and if they use that column in where clause, SQL Server was not doing Index seek? He researched more and found that it might happen depending on number of rows returned vs total rows? His main problem was that there was a screen which shows data for single employee and it takes lot of time to load. There were 5 similar queries which are used behind the scene and all of them are showing same behavior. He was fetching only matching record for a given employee code and essentially each select statement returns just one row.

His query was as simple as it can get

He started reading many blogs and understood that a SQL performance expert would always look at execution plan so he thought of checking the query plan all by himself. This was a great way to learn SQL Server behavior and this was quite challenging.

Note: If you want to follow along with the developer troubleshooting techniques, go to home page of AdventureWorks database and choose the format or download via direct link AdventureWorks2012-Full Database Backup.zip. After restoring run below script.

He quickly noticed yellow exclamation mark on select statement and clicked on that. 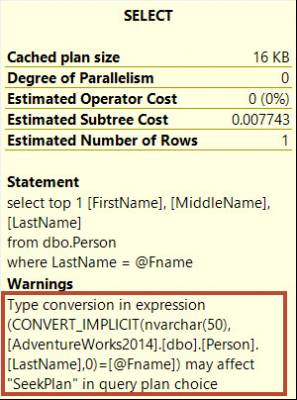 After this he went back to the query again and found that that there is a mismatch of data type between the variable and the table column on which there was a predicate.

Person.LastName in the table was defined as below

…and in select statement

We can clearly see a mismatch of data type in table and query (varchar vs. nvarchar).

Note that CONVERT_IMPLICIT does happen in our query and it is shown from above figure too. The fix for the above problem, there are two approaches

Is that better? Let’s run them together and find the cost. 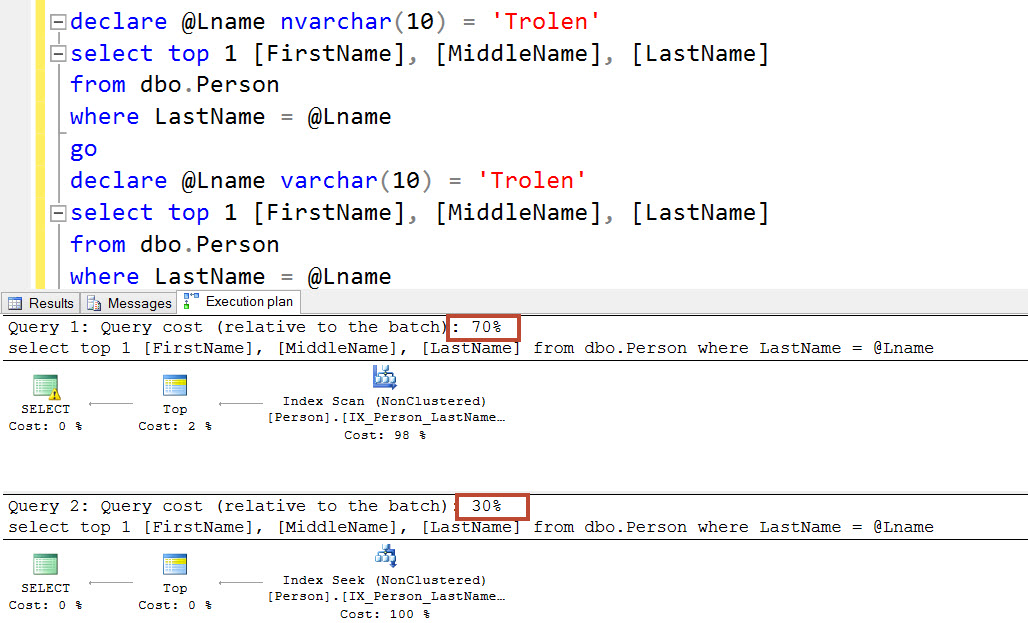 We can clearly see that same data type is the winner.

Moral of the story:

Always be careful for implicit conversions – don’t make assumptions- particularly when there are strings data types.  Developers should always try to stick to matching types. Also as a developer we can see there is performance overheads if the datatypes are not matching. This learning can go a long way and next time you see an exclamation in Execution Plans, we are sure you know what to lookout for.

Secrets of FireDAC: Pagination With Grids And LiveBindings

In the C++Builder of RAD Server, FireDAC + SQLServer connection.[JAPAN] 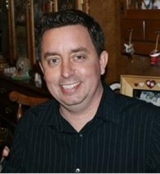