Posted by Paweł Głowacki on Friday, 9 May 2014 in Blogs
RAD Studio XE6 has been recently launched and now it is time to show all its great new features to developers in every corner of the world. Embarcadero technical evangelists and Embarcadero MVPs from different countries are super busy travelling and presenting on live events.

My first XE6 live event was yesterday in Antwerpen in Belgium. The level of interest in new and existing RAD Studio XE6 features was very high and the atmosphere very good. 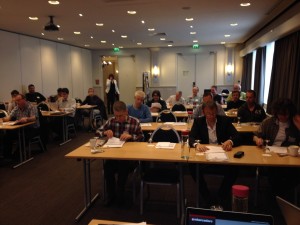 The majority of our existing Delphi and C++Builder developers are primarily focused on building desktop applications for Windows, so they were very happy to see Embarcadero's commitment to improving and extending the VCL framework.

In the presentation I had a great time showing: