HomeBlogsPaweł GłowackiRAD Studio XE6 events in The Netherlands and Turkey

RAD Studio XE6 events in The Netherlands and Turkey

Posted by Paweł Głowacki on Saturday, 17 May 2014 in Blogs
The momentum around the latest RAD Studio XE6 release is building very quickly. I have this feeling that this is going one of the most successful releases of Delphi and C++Builder.

Developers are very happy with the focus on quality, stability and performance of the IDE plus they like brand new features like app tethering and backend-as-as-service client components. For existing developers probably the biggest thing is continuous focus on improving and making stronger the best library for building native desktop Windows applications - the VCL!

This week I have been demonstrating the latest Delphi XE6 and C++Builder XE6 to developers in the Netherlands, in Utrecht. The presentation venue in Utrecht was very interesting and nice:-) There was almost one hundred programmers and they really enjoyed what they saw! 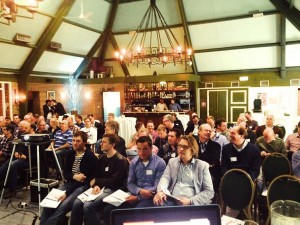 Just today morning I have returned from Turkey when I was showing RAD Studio XE6 in Istanbul. That was a good fun. In the afternoon session there were many developers completely new to Embarcadero and for them I have shown what can be done with Appmethod, Embarcadero's latest IDE for creating native mobile apps for iOS and Android from the same code base. That was fun explaining how you build apps with visual components, working with visual form designer and all the funny stuff that existing Delphi and C++Builder devs take for granted! 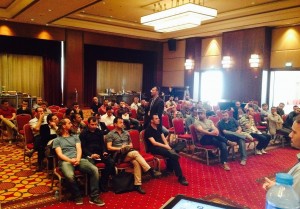 After my demonstration one of the Turkish developers (standing on the photo) demonstrated his Appmethod app for looking up car services in your neighbourhood. That was a great use case.