Posted by Paweł Głowacki on Monday, 27 September 2010 in Blogs
It is just about a month since the RAD Studio XE has been first demonstrated during the opening keynote of the DelphiLive! 2010 conference in San Jose and it already feels like a very long time ago. Time goes by so I thought about posting here some of the photos and information from the Delphi XE and RAD Studio XE launch events that I have been doing in September 2010.

In case you miss the RAD Studio XE launch you can read a super funny news episode on "The Register" called  "Sons of Kahn: The Apocrypha" - Delphi in a Discotheque by Verity Stob. Super funny:-)

This year RAD Studio XE launch events are run truly on a global scale. It is a real World Tour! Presenters from Embarcadero and local partners are demonstrating the new RAD Studio across the globe. The Events page (http://www.embarcadero.com/news/events) provides great overview of the scale of this operation. It feels so good to see more people at every live event this year! 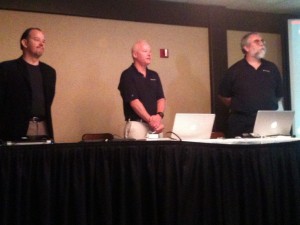 I have enjoyed a lot DataSnap session from Jim Tierney and Mat DeLong. JavaScript clients for Delphi XE DataSnap servers session by Mat was the best that I saw. I do not like parallel tracks. Choices, choices... The session on using Windows support for voice generation and recognition in Delphi was really cool. And BTW Jim Tierney is coming to Europe to present on the SDN Conference in The Netherlands on Oct 25-26. I will be there:-) 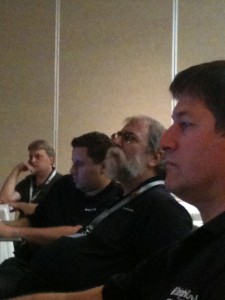 The first RAD Studio XE launch event in Europe for me was the seminar in Amstelveen, very close to Amsterdam. This event was organized by Barnsten - Embarcadero representative in Benelux countries. It was also the first event for David Intersimone, Embarcadero VP and Chief Evengalist, on his massive European trip "13 cities in 15 days". It is so nice to have a pleasure to co-present with David I:-) Good energy. 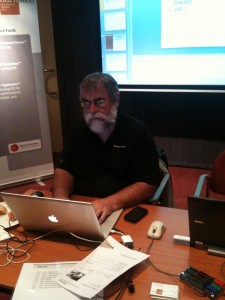 It always a big pleasure to meet some big Delphi experts like Bob Swart and Jeroen Pluimers. 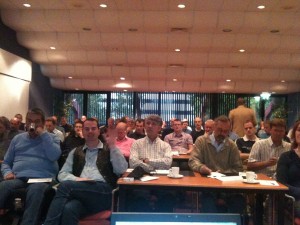 Just two days later I was already in Brussels, in Belgium, where there are many enthusiastic Delphi developers. 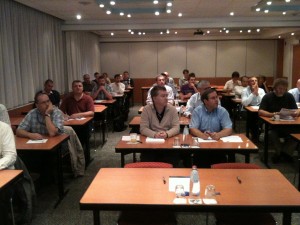 More than 100 Delphi and C++Builder developers gathered in Prague to see the new products and cool technologies, like Subversion integration, DataSnap and Amazon EC2 cloud support in RAD Studio XE.

I have also met Radek Červinka from delphi.cz who is running very popular and frequently updated web page for Delphi developers in Czech and Slovakia. 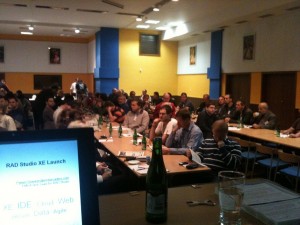 Slovakia is located near Poland where I am from. Slovak language is also very similar to Polish. It was great fun to demonstrate Delphi DataSnap server running in Amazon elastic cloud and JavaScript client running in iPhone Safari web browser. 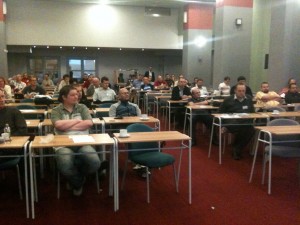 The event in Stockholm was organized in a nice room in a museum of coins. 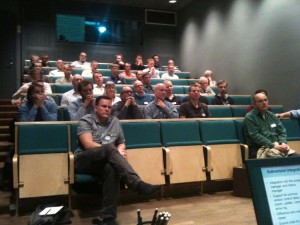 Magnus Flysjö, Swedish Delphi Community Leader, has been presenting with during both events in Sweden. Magnus is a very good Delphi expert. 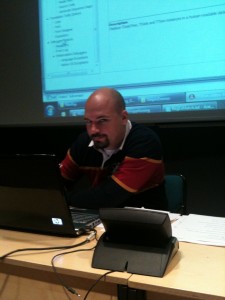 In Goteborg, there was more attendees than in Stockholm, about 70. The event was organized in a freshly built high tech complex. 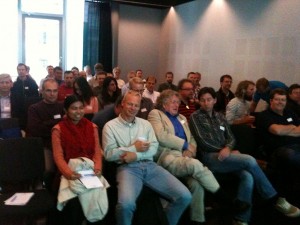 The event in Oslo was organized in the same building as last year, only in a much bigger room. There was plenty of questions, very positive energy and new faces. I had also an opportunity to meet person Halvard Vassbotn who is big Delphi expert. I have learnt a lot from Hallvard blog in the past.

Unfortunately no photos from Oslo. My iPhone just stopped to react on touch in the very bottom of the screen. In fact it is still not working until today. Probably hardware problem as "Restore" did not change anything...