Posted by Paweł Głowacki on Friday, 9 March 2012 in Blogs
That was a really good week! RAD Studio XE2 is such an incredible release that I keep travelling and showing Delphi and FireMonkey to developers around Europe.

On Tuesday, I have been to Olomouc in Moravia in Czech Republic. There were close to 120 enthusiastic Delphi programmers gathered. Everybody liked the new FireMonkey architecture and possibilities for building great looking native apps for Windows, Mac and iOS from the same source code! 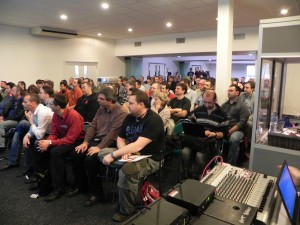 On Wednesday I had a big pleasure to demonstrate FireMonkey and RAD Cloud to around 130 developers during the RAD Studio XE2 event in Breukelen (just next to Amsterdam) with David I. 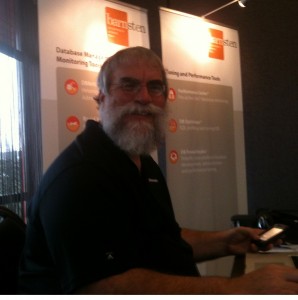 The future of Delphi, FireMonkey and native code development seems to be so bright, so the organizers prepared orange sun glasses for all attendees:-) 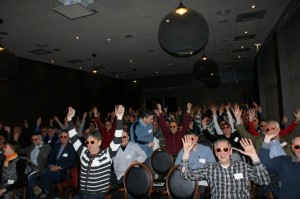