Posted by Seppy B1395 on Monday, 17 August 2009 in Blogs
One of the integrated touch features of the VCL in RAD Studio 2010 is interactive multi-touch gestures. We call them InteractiveGestures because they fire the OnGesture event continuosly as the gesture is performed, allowing UI to be updated to reflect zooming, panning and rotation. InteractiveGestures are accessed from the new Touch property, as seen below: 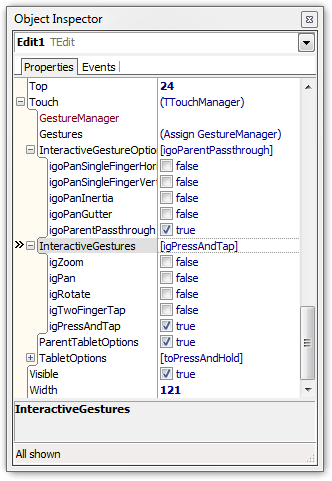 The event handler is passed a TGestureEventInfo record which contains information about the gesture, such as location (point), angle, distance (between points) and inertia vector. When the option igoPanInertia is selected, OnGesture is called repeatedly with synthesized locations that gradually get closer together to simluate gravity when you let go.

Here's an example of how to implement panning for a custom control: 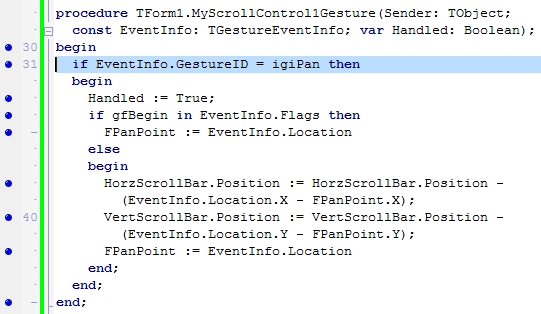