Posted by Paweł Głowacki on Friday, 26 April 2013 in Blogs
Delphi for iOS has been released on Monday! It is part of RAD Studio XE4 and to me this is the biggest release of Delphi, since Delphi 1! You can now use the same Delphi skills and existing source code, to be immediately productive in the mobile market! True Native Multi-Device applications! That's super cool!

Yesterday I was reading the tech column in the "Wall Street Journal" that confirms that native apps on mobile are key to big players like Facebook and LinkedIn, but in their current approach they need to maintain different code bases for different mobile platforms. Delphi is so much better! With Delphi XE4 you can create your programs once and compile them natively to Windows, Mac and iOS! That's a big thing!

On Tuesday I have been presenting new Delphi for iOS to about 60 enthusiastic Swedish developers in Stockholm. They were super happy with what they saw! 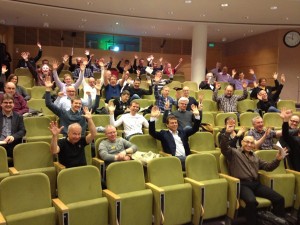 From Stockholm I have flown to Oslo in Norway. On the railway station I have come across a very big "Delphi Emerging" poster that I took as good sign before the event in Lillestrom the following day. 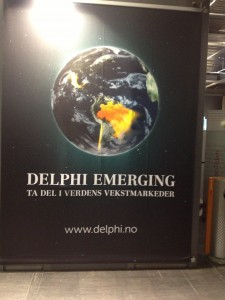 Lillestrom is very close to Oslo and the event was held in the very nice culture centre building. The room was full and we needed extra chairs for the audience. 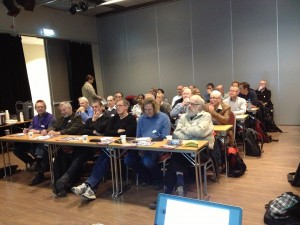 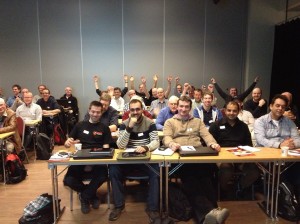 Programmers in Norway were SUPER happy with the new Delphi for iOS release!

Just a moment ago I was presenting online with Stephen Ball on the weekly "Developer Direct" webinar. It was a big fun! I have prepared a demo of a Delphi SOAP service that provides regular expressions functionality to clients written in Delphi XE4 and compiled from the same source code to Windows, Mac OSX and iOS!

"Developer Direct" webinars are big fun. We are now running Season 4 and it was Episode 2. Every Friday, 11am Amsterdam time (10am UK), for about an hour. It is free and funny. Register today! It is also possible to join the DevDirect webinars in the US/Canada timezone and they are presented by David I, Anders Ohlsson and Al Manarino!

Here is the agenda for upcoming Fridays: