Mitov Software has some of the most amazing components. I'm especially a fan of their IntelligenceLab. With their latest update they added Linux support with 10.2 Tokyo for many of their labs. 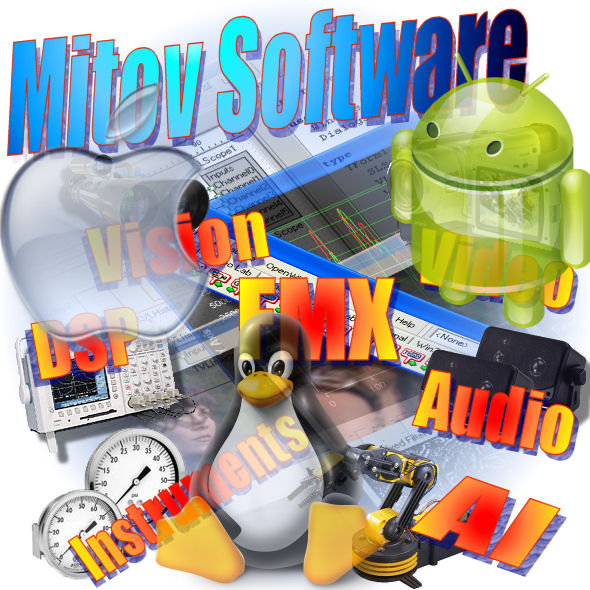 I love the fact that Mitov Software takes things as complex and powerful as neural networks and makes it accessible and usable by developers everywhere through reusable components. The amazing and rich 3rd party component ecosystem is part of what makes Delphi, C++Builder and RAD Studio so amazing.

I know Boian is a big fan of the powerful language features offered in Delphi and C++Builder and the fact he can support so many different platforms from one code base. I chat with him a lot, and this is what he said about the 10.2 Tokyo release . . . .

Embarcadero's new RAD Studio version is by far the easiest and most powerful cross platform development tool available on the market. While RAD Studio has always been the undisputed leader in terms of cross platform native development for years, this version is in a league of its own in terms of compiler quality. Not only does it add support for Linux, but it comes with impressive amount of compiler fixes and improvements bringing the Delphi compilers for all platforms to the highest quality ever.

This is simply the best Delphi version.

Mitov Software licenses their Lab Packs free for non commercial use, but they also include commercial licenses and licenses that include full source code. And he doesn't stop with Artificial Intelligence (as if that wasn't amazing enough by itself.) Here are a few of his other LabPacks you can check out:

Plus he has some standalone tools like Visuino for visual Arduino programming and OpenWire Studio. You can find Mitov Software's latest news on LabPacks blog.

Most all of his LabPacks support VCL, FMX, Windows and Android, with many adding support for macOS and Linux too. iOS is in the works, but not fully available yet.

We did a CodeRage session with Boian Mitov recently. You can catch the replay to learn about Mitov Software's IntelligenceLab, just remember it works on Linux now too!