Mentoring in the Community

Learning your first programming language or expanding your knowledge base can be a daunting task.

As a developer who first learned C++ using C++Builder while in high school, I was ecstatic to hear about our Community Editions for C++Builder and Delphi back in July of 2018. This release made Delphi and C++Builder accessible to a greater number of developers, brand new and experienced, to see what this rich coding environment has to offer.

Computer programming isn’t a geeks and nerds skill anymore, but as a essential skill and ability provided by many educational institutions. These types of courses provide students with the know-how to develop their own software and websites. Even students who don’t have a focus or interest in becoming Computer or Software Engineers by giving them a sense of the technology they use everyday and how it shapes the world we live in.

From the smartphones glued to our hands to the streaming devices for TVs and the rocket that gets sent into space, code is everywhere we turn. Since we all interact with software and devices, it’s extremely important to understand the foundation of programming.

Traditionally, many schools and organizations have had the approach to teach coding through a series of lectures where they learn the foundation of the language, taking notes and hoping that the theory translates into the experiment. Today’s youth on the other hand, tend to be taught a little differently. The emphasis is less on lectures and more on practice and collaboration with their peers. They work on projects that solve real world problems and build up the concepts and resources necessary to complete the tasks at hand. Instead of the theory on how to apply something, they learn the skills needed for the industries and gain the problem solving ability to find the best solution available. Many a time, these resources turn out to not be the internet or reading a book (although important), but another developer, a mentor of sorts.

There are several different definitions available in the programming world for the word “Mentorship”. Whether that be reviewing someone's bad code and explaining how to rewrite and answer the problems asked or perhaps as an adviser that you work with when needed for a specific area. A mentor or adviser enables one to develop the skills and strategies necessary to tackle the next problem, it provides you with the socialization and networking within the community to facilitate growth not only in your ability to program but in passing along your knowledge to someone else.

Strong mentorship within the Delphi and C++Builder community is an essential part of the growth and development of these languages. Here are a few ways you can get involved in mentoring:

Just put yourself out there, as you never know who you could meet.

The Case for Delphi and C++

Delphi provides users with the full spectrum of developing. You can build low-level services to desktop and mobile apps that you know are stable and rock solid for years to come. Delphi is a powerful and object-oriented language designed to teach fundamental development thinking and practices. Delphi’s power is in it’s clarity and readability for anyone who uses it.

C++ is one of the most used native app development languages around, for several reasons. You can create operating systems, databases, games (including the engines!) and Enterprise applications running in industries like finance and medicine. C++ is known for its speed, scalability,  performance and resource control, so when you build with C++, you know you are using a very powerful language.

Whether you choose to learn Delphi or C++ Community Edition, you won’t just be learning one programming language and one toolset, you will be preparing yourself for many more languages and gaining a community with millions of developers who all work to expand and build upon the tools given to make languages easier for future generations of coders.

If your not a developer yet, grab a copy of Delphi CE or C++Builder CE then spread the word to anyone who may be interested in growing this community

Learn to Program with Community Edition 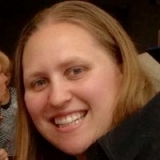 About MT Kelly
Gold User, No rank,
I work as a Software Consultant at Embarcadero on: C++Builder, InterBase, Delphi and RAD Server.