Posted by Paweł Głowacki on Friday, 21 April 2017 in Blogs 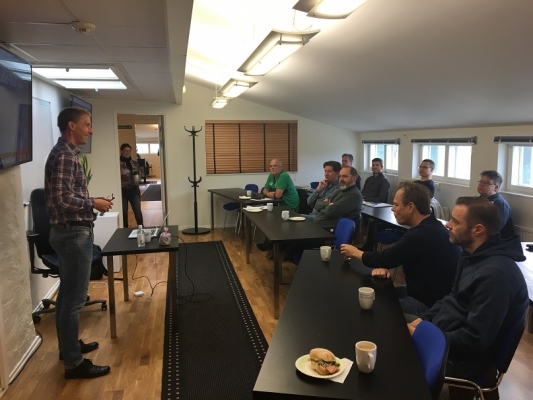 I'm sitting at the gate at Gothenburg airtport waiting for my KLM flight to Amsterdam after very nice RAD Studio event in Alfasoft office in Gothenburg, Sweden. There were less people as in Stockholm yesterday, but the atmosphere was great.

Questions, questions, and more questions. It is always a good sign. I have been in Sweden just half a year ago, so I needed to focus on really new stuff. Last time the big new thing in RAD Studio 10.1 Berlin Update 2 was the ability to create Windows 10 appx packages for Microsoft Windows Store. This topic was almost not touched today. The key focus was on the IDE, Linux, FireDAC and RAD Server.

Every presentation is different. This time I was focusing on "enterprise" features of Delphi. After a simple "Hello World" Delphi console app deployed to Linux, I have done WebBroker and DataSnap Linux deployments as well. RAD Server is a natural evolution step