Posted by Steve H1192 on Thursday, 2 May 2013 in Blogs
We talk a lot about native apps vs. web based apps here at Embarcadero.  I am sure you do at your office as well.

We have lots of healthy discussions about technology direction, platforms, business models, how developers are affected, etc., etc.  Like a lot of folks, we wonder how the native app model on mobile devices will play out, vis a vis web technologies...and vice-versa.

Right now, if you look at most desktop apps, the great majority run in your browser.  ISV's and Enterprises still do a ton of work in native apps for Windows and OS X, but for the most part, if a desktop app can be done with web technologies, these days the developer will move in that direction.

Oddly, with mobile, things have gone in the exact opposite direction.  The great majority of apps rely on native code to deliver their experience to the user.  Whether distributed internally by a company, or commercially through an app store, most mobile apps are written to local API's (with web technologies sometimes incorporated).

This week, on the desktop front, Google made a move to take the web model and drive it in the native app direction.  They are offering up offline web apps in the Chrome Web Store (the form factor being the traditional PC):

This has been going on for a while.  I first downloaded Angry Birds from the Chrome Web Store a few months ago, and it worked fine offline.

The odd thing about all of this is how dynamic and unpredictable these models are playing out in real time in front of our eyes.  Even 10 years ago, I never would have imagined that a set of local API's on a mobile device (Android) would out strip HTML for client dominance in the digital realm.  When you think about it, it's pretty nuts.

But I think all this chaos also means that going forward, there won't be just one environment that serves the majority of digital devices and customer needs.  The future will be about a panoply of devices and software that developers are going to have to live with.  Maybe we can explore here on this blog some of these ideas together and the challenges developers will face.  It is going to be an interesting ride, but a rocky one as well.
Tags: Android HTML5 Mobile mobile apps mobile web apps 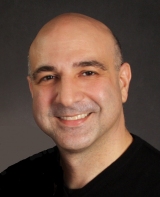