Posted by Stephen Ball on Monday, 18 November 2013 in Blogs
So, I've been spending a bit of time on twitter recently (as a few of you know) and thought it was about time to get back and blog about a few of the things customers are asking and things we have been up to recently.

A few week ago I was at apps world for their main European based event. Headlines presenters included Steve Wazniak, co-founder of Apple. For my part I spoke in two sessions. A panel session on "Cross-platform compilers – providing a viable alternative to bespoke native development?" 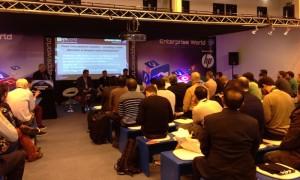 Audio replays of which can be found here http://www.apps-world.net/presentations/apps-enterprise/

On the panel discussion we spoke a lot about HTML5 v Native, with some HTML5 developers suggesting that its a bit like making games, the UI never looks native which was in interesting angle I must stay to sell it from a usability point. The second session was based on the 5 mistakes enterprise developer make when going mobile - free report that you can download from the link.

It was a fantastic show with a lot of time talking to new customers very excited that they can finally have a way to build true native applications for multiple platforms. It was also very interesting listing to the views of users of other tools to hear their experiences of trying to get a single code base without any real success.

Next conference stop for me is the mobile development conference http://2013.java2days.com/ in Bulgaria.
Tags: Events