Posted by Developer Skill Sprints on Thursday, 17 March 2016 in Programming

Refactoring to Patterns: The Book 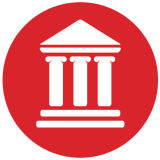