Posted by Paweł Głowacki on Monday, 14 March 2011 in Blogs
Two weeks ago I have been presenting with Jason Vokes at the University College of London for post-graduate students that were learning how to become technological entrepreneurs. We showed them building scalable, fault-tolerant Delphi XE application with DataSnap framework and deploying to Amazon EC2 cloud. For this occasion I really wanted to build a brand new, sexy looking demo and decided to build a jQuery Mobile web front-end for data coming from a DataSnap server.

It is really a bit of moving away from the list of DataSnap topics I originally wanted to cover for this "Delphi Labs: DataSnap XE" series, but I felt it is really something interesting that nobody have tried. Especially that jQueryMobile is not even finished! It is still in alpha3. The sexy factor comes from the fact that web pages that uses this framework look very much like native applications for smartphones, but can still be accessed via modern web browsers (think Chrome) running on desktops.

It took a while to get this article finished. In fact this is the first part of the longer article that I have decided to split into two.

In the first video episode I am introducing Delphi WebBroker architecture for building web applications. 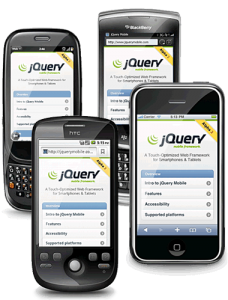