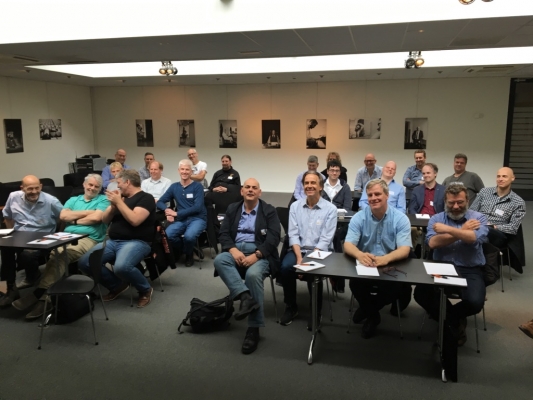 RAD Studio 10.2 tour continues. My last stop this week is in Bussum, in the Neterlands, a couple of kilometers east from Amsterdam. There are many enthusiastic Delphi developers today that came to see presentations from Danny Wind, from Delphi Company, from Bob Swart, also known in Delphi community as Dr. Bob and myself.

The event is held is a nice theater building and the atmosphere is great. In the morning I have demonstrated Quick Edits to be more productive developer and Linux development with Delphi including FireMonkey GUI on Ubuntu desktop with FmxLinux. That was followed by the discussion of database development with FireDAC, including new MariaDB support, but also integrating with MongoDB no-sql database. The rest of my talk was about Internet of Things and beacons.

After the lunch break Bob Swart demonstrated how you can use RAD Server to publish your own REST APIs built with Delphi. Bob is powered by Coca-Cola. Clearly it is his trademark drink and Delphi is his favorite IDE and language. 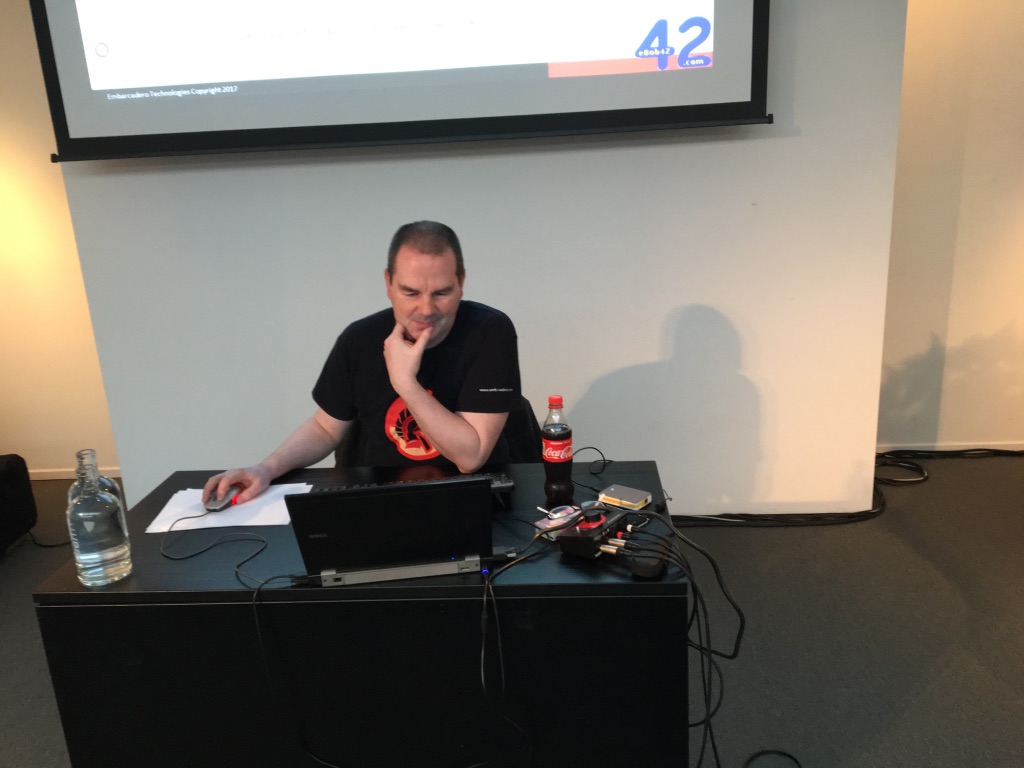 Right now Danny Wind from "The Delphi Company" talks about moving VCL apps to the year 2017, with support for Windows 10 look-and-feel, styling, using controls and making sure that the user interface is responsive and your app fast with Parallel Programming Library. It is always fun to see Danny in action. He is always smiling:-) Here showing FL Studio as an example of great looking GUI written in Delphi.

It is almost weekend. Monday I'm off to Norway. See You there in Oslo on Tuesday. Go Delphi!