Posted by DavidI on Monday, 20 December 2010 in Blogs
It was cloudy and raining in Santa Cruz tonight.  There were times when the clouds were not as thick and I could take a couple of shots of the lunar eclipse.  These two are not great (I need to make sure the manual focus is set correctly for my telephoto lens), but at least it shows the orange moon. 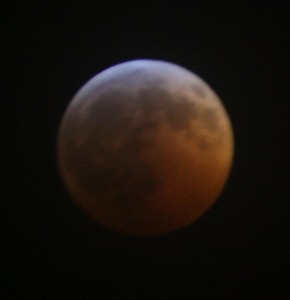 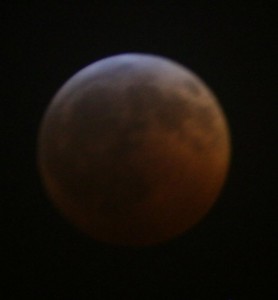 I alternated between watching the live lunar eclipse video from Coca Cola Space Science Center at Columbus State University and going outside to see if there was a break in the clouds coming.  Below is a frame from the video I captured from their site. 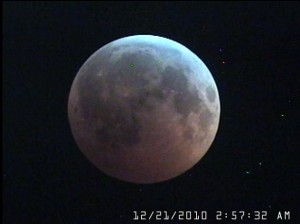 It wasn't a great night because of the weather, but it was still lots of fun to watch live and on the Internet.
Tags: Lunar Eclipse 2010 Random Thoughts

The Internet of Things and M2M - massive opportunities for developers

Source code in TV and Films, Nvidia crop circle and other stories