Posted by DavidI on Tuesday, 13 September 2011 in Blogs
Two more stops are complete on my RAD Studio XE2 world tour.  Last Saturday I was in Cologne Germany for the Delphi Tage 2011 conference.  Tuesday I was in Moscow for the RAD Studio XE2 launch.  We had more than 280 enthusiastic attendees in both cities.  It was great to see all of the excitement about multi-platform development, FireMonkey, and mobile application support.

I will upload more pictures from the stops after I get back to the office.

Below you will find several screen grabs from some of the demo applications we are using. 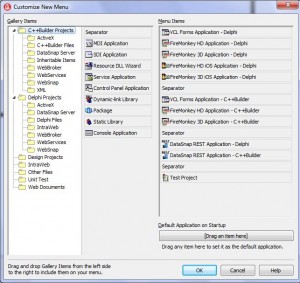 The second image shows how you can select additional required run-time package libraries to be deployed along with your executable.  These files will be sent from the IDE via the Platform Assistant that is running on the target system. 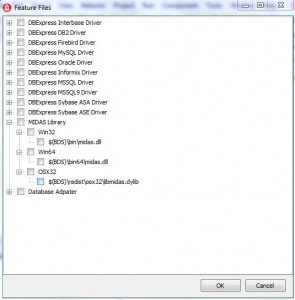 The third image shows a screen grab of Anders Ohlsson's DataRoom/DataCube FireMonkey demo in action after it has been rotated along the x, y, and axis.  This demo shows a 3D form containing TPlane(s) for the left side, right side, top, back, and bottom of the 3D space.  FireMonkey TLight(s) illumnate the surfaces of each TPlane.   Imaging flying through your data and using the camera to look to the left, right, above, and below your a data visualization.  Easy to do with FireMonkey on Windows and Macintosh. 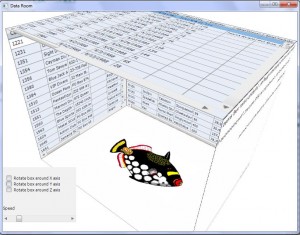 The final image shows shows the RAD Studo XE2 IDE with an iOS form containing a button, edit box, listbox and image.  I have loaded a style (Blend style) file to change the look of the application.  Notice that instead of a rectangular button, I have changed the TButton's style to "CircleStyleButton" which changes the button to a TEllipse and adds glow effect (all with styles).  For the Image, I added a MonoChromeEffect component and added an OnClick event for the image that toggles the MonoChromeEffect enabled property to show color or monochrome. 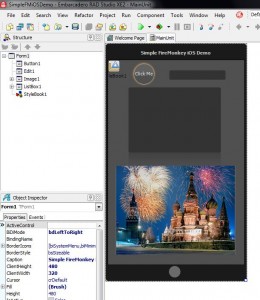 Thank you so much to our teams in EMEA, Germany, and Russia for the events.  Thank you also to the Delphi Tage 2011 speakers, sponsors, and exhibitors that included Blaise Pascal Magazine, TMS Software, Delphi Experts, Sybase, Digital River, Safenet, DA Soft, RemObjects, and Sisulizer.  Also, huge thanks to all of the great developers who attended, cheered, asked probing questions, and smiled for the camera.  I am now in Warsaw Poland today, Wednesday.  Then I move on to Amsterdam and Washington DC before arriving back in San Francisco where I started.
Tags: .NET 64-bit C++ C++Builder Delphi Events FireMonkey iOS PHP RAD Studio RadPHP