Copenhagen and the Pascal Restaurant.

Posted by Stephen Ball on Wednesday, 19 September 2012 in Blogs
One more day, one more city! Today I was in Copenhagen for my second of three cities this week. We had a very full house in Ballerup (Copenhagen) with over 70 attendees hearing about what is new in RAD Studio XE3. There were some really good questions from a very knowledgeable audience and it was great to see faces I had not seen before along with a number of familiar ones. 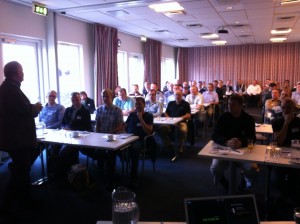 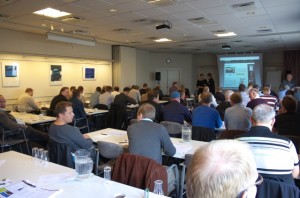 One of the attendees (Thomas Vedel) who is a core member of DAPUG, The Danish Delphi User Group spoke to the group before our coffee break about some of the great events they have coming up this and next year, including visits from David I and Anders Ohlsson (And for his trouble he got a very special Delphi T-Shirt).

By far one of the fun things during the day was finding out the restaurant for lunch was called "Pascal" seriously, where else should a Delphi Developer dine? 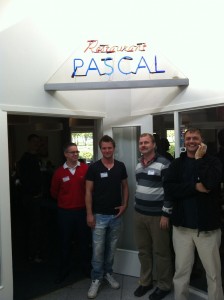 Anyway, time for bed after another long day with a lot of traveling... Tomorrow... Espoo (Finland)
Tags: Events