Posted by J T403 on Tuesday, 12 February 2013 in Blogs
As many of you know, we recently released our new C++ compiler for 64-bit Windows. This had been a project undertaking of many years as we delivered a new toolchain with the highest C++11 language compliance, a highly optimized backend code generator, and VCL and FireMonkey support. It really represents the best of both worlds - Embarcadero standard C++ extensions that enable the RAD developer experience coupled with the best in standards support.

So, is now a good time to move up? I think so and I thought I'd share some interesting market statistics that support this premise. As we all know, 64-bit CPUs have been the primary hardware shipped by PC manufacturers for may years now. So what we are looking for evidence that creating applications specifically for 64-bit Windows has demand.

One indicator I like to look at is statistics from Valve's Steam runtime which is used to deliver games, both hardcore and casual. They do a nice job of breaking out (and publishing) many client statistics including client OS.

According the Valve, in January 2013, over 50% of their clients are using Windows 7 64-bit, the most used operating system. Another interesting statistic is the growth of Windows 8 64-bit which represents over 8% of their clients already, contrasted with less than 1% using the 32-bit version. Check it out: 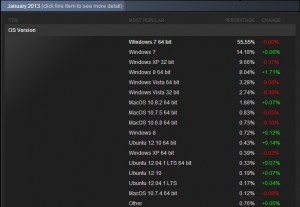 But even more telling to me as a product manager is what do my customers tell me they need. We ran a survey about a year ago, asking C++Builder developers which OS they needed most. The overwhelming percentage, almost 2:1 over any other platform was 64-bit Windows. 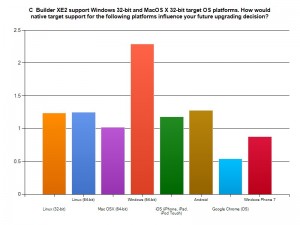 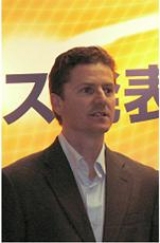