App size grows, but how?

Posted by Vsevolod L1433 on Tuesday, 1 October 2013 in Blogs
I must confess... I lied in my previous comments, that "app size grows non-linearly". Better late, than never.

There is no mistake on the chart horizontal axis. I started with a project without components and ended with a form with 900 visual controls.

The growth obeys quite a linear formula. But the coefficient a in the equation
y = a*x + c
is so low, that 900 components in design-time yields just nothing, about 1% of the app size. It's a line, but close to horizontal, if I change the chart horizontal axis scale from "growth" to absolute app size. 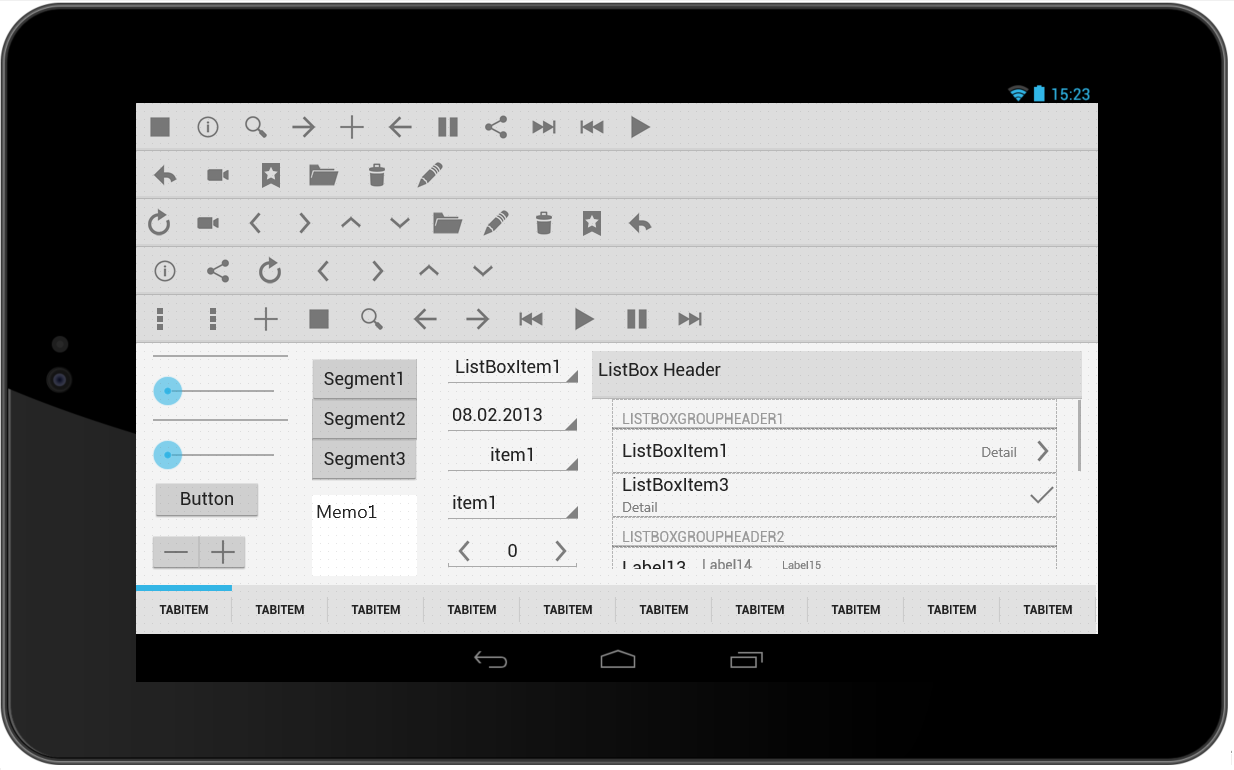 I took "MobileControls" demo delivered with RAD Studio/Delphi XE5, put all the components on a TabItem and... Oh, no! I could Ctr+C and Ctrl+V em'll. Instead, I made my "fat-form-generator".

It's a VCL application, wich takes a prarmeterized *.fmx and *.pas files and generates the mobile project with the set number of copies. Not to duplicate component names I used a parameter and RegularExpressions (available in Delphi since... in XE generation they were for sure).

Why did I make a generator? A good way to know everything about some technology is to test it in code. In addition, I can use the generator in future with more tricky ways of making FM mobile project. May be, to auto-generate interfaces against some data structures. Yes, I can do this dynamically in runtime, but this pre-generator can be good, if a customer needs special fitting and tuning of GUI. It's like visual form inheritance, but "horizontally, not vertically".

I was really nervous when re-loading the auto-generated huge mobile project. But I continued to click on any of 900 components and set their properties in ObjectInspector like it was just a 9 components on a single form. No problems at all. 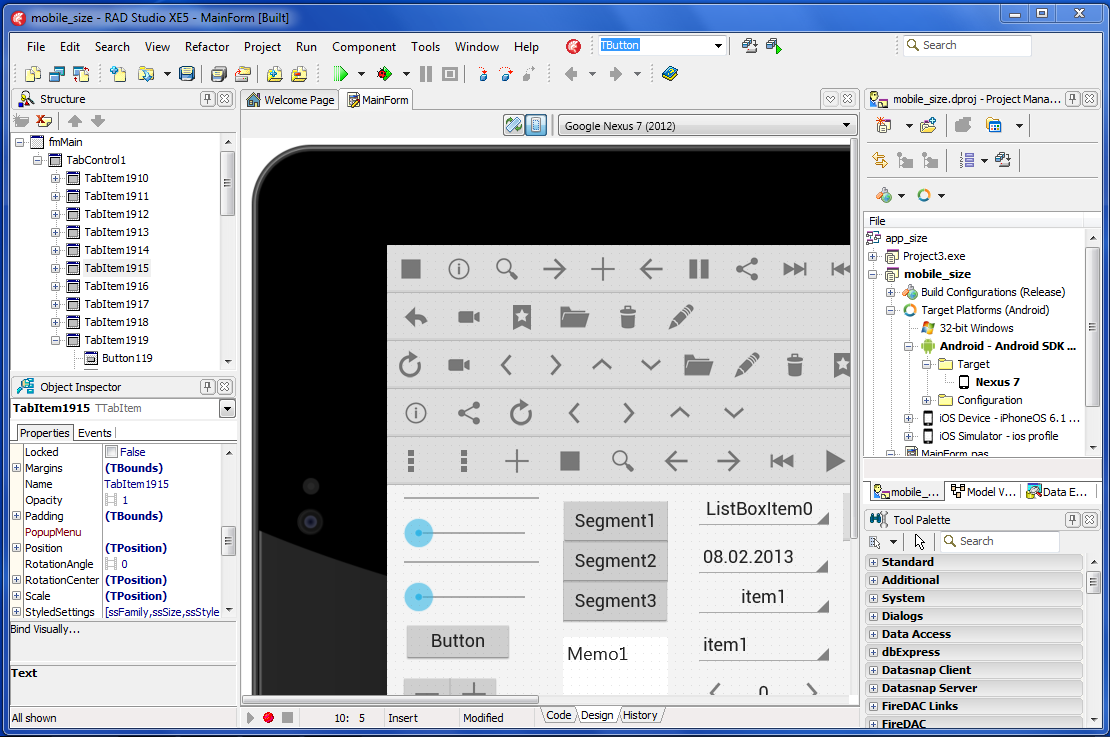 The last worry was the app. It works with 900 controls on Nexus 7. Plain switch between controls. No delays.

I can be accused, I'm too cruel with Delphi XE5 and Android tablet. Dont' worry, no hardware, no software were damaged during the experiments :)
Tags: public