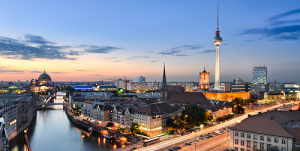 In March, Embarcadero announced its strategy to focus product and engineering resources exclusively on the developer tools market. The 10.1 Berlin release, which is being launched globally today at a live event in Berlin, Germany, embodies this strategy shift.

10.1 Berlin expands developers’ ability to use a single codebase to rapidly develop applications for any device, while FireUI enhancements allow multiple device previews in real time. This version provides core technology enhancements such as the GetIt Package Manager that make it easier to create components and extensions for Embarcadero’s large partner ecosystem. This is especially important to develop and support a broad range of IoT-connected applications.

“10.1 Berlin is an important milestone for Embarcadero and demonstrates our commitment to developers,” stated Atanas Popov, general manager of Embarcadero. “We are the choice for developers that want to build amazingly fast, reusable code that is platform independent. Our ability to support enterprise strong applications at radically competitive prices is unmatched.”

The 10.1 Berlin versions of RAD Studio, C++Builder and Delphi are now available for download at: https://www.embarcadero.com/products/rad-studio/how-to-buy. For any additional information, please contact the Embarcadero sales team or authorized reseller partners.

Embarcadero tools are built for elite developers who build and maintain the world’s most critical applications. Our customers choose Embarcadero because we are the champion of developers, and our tools help them build more secure and scalable enterprise applications faster than any others on the market. In fact, ninety of the Fortune 100 and an active community of more than three million users worldwide rely on Embarcadero’s award-winning products. To learn more, visit www.embarcadero.com.

for Embarcadero Technologies
David Gibbs, 512-826-0754
This email address is being protected from spambots. You need JavaScript enabled to view it.