SQL Server is a complex RDBMS with a lot of capabilities in it. I am sure most of us have just scratched the surface when it comes to working with SQL Server (including myself). In this article, I thought to take a more complex topic and will try to demystify some of the basics. This post is all about how the optimizer works inside SQL Server. The goal of the Query Optimizer is to find a reasonable (though not necessarily optimal) query execution plan. This query execution plan is what gets executed to get us results. The fundamental building block of query optimization have not changed for decades now. Inside SQL Server, Cardinality estimation and costing routines are used to determine which query plan has the least estimated cost. Please take some time to read about: The Cascades Framework for Query Optimization by Goetz Graefe.

What is a Poor Plan? 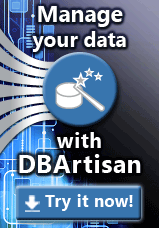 Plans can be poor because they take a long time to complete or because they consume significant resources. Plans that take a long time to complete can reduce concurrency when the transactions running them hold locks. The first step in identifying a poor plan is to look for lock contention. Determining the blocking SPID can be done by first looking for blocked SPIDs and then by dumping who each SPID is blocked on. Once this is done, it is a simple matter of finding those SPIDs who block others but are not blocked themselves. Below is a simple TSQL that will help you in this direction.

-- The most commonly used is the exec requests DMV

-- We will need the SQL Handle for later use

-- Or we can use the Waiting tasks DMV for getting the blocking status.

Once the blocking SPID is found, the text it is running can be found by using the SQL text handle with dm_exec_sql_text:

-- Add the DB filter as required

Plans that allocate a significant amount of resources can be found again by blocking. In these cases, blocking is not on a resource semaphore. Another technique that can be used is to profile a running system and to search compiled plans for HASH and SORT operations that are memory intensive. Once a poor plan is found there are a number of techniques to understand and work around the problem.

Why does my query compile slowly?

Queries can compile slowly for a number of reasons. The time to optimize a query is a function of:

Many inter-dependent factors impact optimization time and we have listed just few of them. Finding the source of a performance regression can be difficult. Typically, eliminating items from this list is a good approach to find the source of a change and why the problem is occurring suddenly.

There is no one silver bullet you can use when working with plans. There were a number of traceflags that I have seen people use when working with SQL Server plan problems. I am listing just a few of them for your reference and explore each to see how you can learn something new from each.

Let me give reference to two whitepapers that make a good read.

Plans can get little offset and we can get deteriorated performance. This happens from time to time on most of the systems. As explained earlier, there is no one single silver bullet that will solve. We need to debug them by eliminating one step at a time. Hence this article gives you some direction on where to start and what trace flags one needs to monitor. Irrespective of these trace flags, I highly recommend to try them as there will be loads of learnings that you don’t want to miss. Let me know if you have ever used them in your environments before? What were your learnings? How did you solve the problem?

For more SQL tips, you might also be interested in SQL Server Performance Architecture for Beginners, an on-demand webinar by SQL expert Rick Morelan. Watch the webinar to learn about: